Today’s spooky/silly cartoon features one of the most popular (and still recognisable) animated characters of the silent film era – Felix the Cat. First introduced to the big screen in the immediate aftermath of World War One, and possibly based on an earlier animated version of Charlie Chaplin, this cheeky and slightly surreal black and white cat was an immediate success with critics and the cinema-going public alike.

In this 1923 short, Felix encounters a ghost who is up to no good. Following the spook, he sees it scare an unsuspecting householder and the man’s livestock. The householder calls out the reserves to rescue his property from the ghost, but that doesn’t work – so Felix offers to try to lure the ghost away with a bottle of rum! Once the phantom is off the property, Felix pulls a gun on it and, in a reveal worthy of Scooby Doo, we discover it is really a human rival of the householder who is trying to scare him into selling his home…

END_OF_DOCUMENT_TOKEN_TO_BE_REPLACED

This is the first in a slightly belated series of spooky (and slightly silly) seasonal posts. All Hallows Eve may have come and gone, but the clocks have gone back and the nights are drawing in. The end of the year is not far away, which makes this the perfect time to be telling tales of ghostly apparitions around the fire – indeed, Christmas ghost stories are a genre unto themselves.

END_OF_DOCUMENT_TOKEN_TO_BE_REPLACED 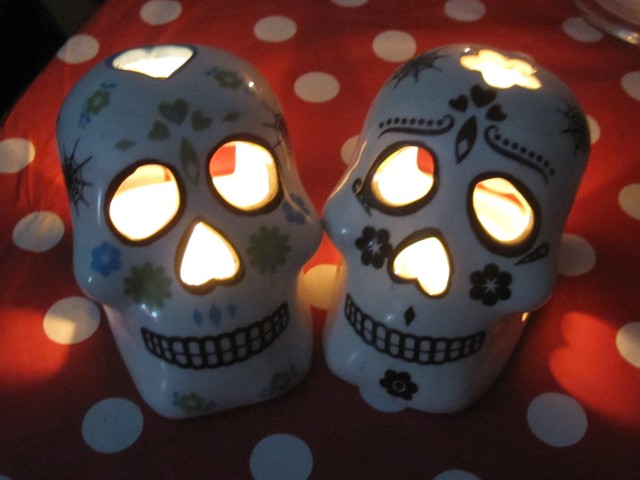 Hope you all have lots of spooky fun tonight – as you can see, the Skull Twins are getting the party started here at Another Kind Of Mind Towers!

I usually have at least one proper Halloween post for you and this year is no different – I may be a little tardy this time round, but I have some seasonal goodies for you which I will post over the next week or so.

If you’re a football fan, head over to And Still Ricky Villa (my other project) for ghostly players, cursed clubs, and a fiendishly evil Halloween football quiz – plus a guest appearance on the terraces by Freddy Kruger…

A little bit of bonus Halloween spookiness for you. This overdramatically-posed image of an elderly gentleman being terrified by a ‘White Lady’ is the cover of a late Victorian mystery novel, written by Arthur William A’Beckett (1844-1909). He was a journalist, humourist and writer who contributed to Punch and edited the Sunday Times over the course of his career.

He’s not well-known as a writer today, although a number of his books are available online (many of them are now in the public domain) – including The Ghost of Greystone Grange, which you can even buy for your Kindle! However, it seems that this book’s cover is more exciting and spooky than its contents; I found an Amazon review that described it as “hard going”. Shame really…

Are we feeling spooky? If not, here’s a creepy treat for you this Halloween night. This funky little cartoon is an early Disney animation, and the first of their long-running Silly Symphonies series (reputed to have inspired Warners to call their equivalent Loony Tunes). The plot (what there is of one) is simple but effective: four skeletons cheerfully dance round a graveyard in the dead of night, only stopping their leaping, skipping and jumping when dawn begins to break.

END_OF_DOCUMENT_TOKEN_TO_BE_REPLACED

Christmas is a time for ghost stories. The long, dark, cold nights at this time of year lend themselves well to spooky tales, and today’s film clip is no exception. We’ve looked at the most famous Christmas ghost story of all on several previous occasions, but this is a very different kind of folktale to that of Scrooge and his phantom visitors.

The gothic tale of The Mistletoe Bough dates back to at least the 18th century and was traditionally told at Christmas time. It tells the story of a young couple, recently married, who decide to play a game of hide and seek during their wedding celebrations. During the fun and games, the bride mysteriously disappears. Years later, the husband encounters her ghost, and finds out exactly what happened to her on their wedding night…

The short version of the film above is a recent restoration by the BFI, and features a score by Pete Wiggs of St Etienne. Orginally directed in 1904 by Percy Stow, it is fascinating to see a film made more than a hundred years ago so clearly, and it shows how creative these early film-makers were – particularly with the ghostly special effects – while using very basic technology.

For more seasonal posts on Another Kind Of Mind, see here.

Well, I’m afraid I’ve got some news for you, Bauhaus. The bats are unlikely to have left the bell tower, no matter which classic cult horror movie legend has just passed into the great beyond, because bats don’t often tend to roost in belfries. According to the Bat Conservation Trust (pdf), bats do roost in churches – it’s just they seem to find bell towers far too noisy, dusty and draughty for their purposes (and who can blame them). Sorry to ruin the illusion!

Honestly, it’s true, bats really aren’t as scary as all that, despite the continued attempts of Halloween tradition to try and convince us otherwise. I’m very fond of the little critters (they’re seriously cute – no, they really are!), and I find their lives fascinating. Which is why, this Halloween, I’ll be looking at bats in much more detail, and trying to separate the facts from the fiction.

The basic bat facts are these. Bats are the only true flying mammals. Rather weirdly, their wings are similar in structure to the bones in a human hand. Most bats eat insects, navigating and finding their prey in the dark using echolocation, which works in a similar way to sonar. Bats are found the world over, and make up about 20% of all mammals across the globe (over a quarter here in the UK).

END_OF_DOCUMENT_TOKEN_TO_BE_REPLACED

Happy Halloween to all my spook-tacular readers!

Unfortunately, I haven’t had time to put together a brand new seasonal post this year, but here’s a few of my previous Halloween offerings for your scary enjoyment:

How to work out if they’re dead… or just undead.

Single? Try some of these methods for predicting your love life at Halloween.

Things that go bump in the night – ghostly tales for Halloween.

Creepy crows and foretelling the future.

It’s time for me to hop on my broomstick and fly, so wrap up warm and stay safe this Halloween. And make sure you check under the bed for monsters before you go to sleep tonight…

From ghoulies and ghosties
And long-leggedy beasties
And things that go bump in the night,
Good Lord, deliver us! – traditional Scottish prayer

I’ve written previously about strange and interesting seasonal traditions, but here’s one I don’t think I’ve ever covered before….

A Twitter discussion last week about the wonder of proper British puddings (seriously, they really are the best in the world when done right) reminded me that today is Stir-Up Sunday. In this age of ready meals and 24 hour supermarkets, that may not mean much to you, but for many families it has long been the traditional start of the preparations for the Christmas season.

Stir-Up Sunday falls on the last Sunday before the start of Advent (as calculated by the Anglican church), and although it began life as a tradition loosely associated with religion and the impact of the church calendar on the everyday lives of ordinary people, it soon developed to have both religious and secular aspects – much as Christmas itself does in our modern world. Despite this tradition only really stretching back a couple of hundred years in its best-known form, the name ‘Stir-Up Sunday’ itself is derived from a prayer that dates back to the 16th century Book Of Common Prayer. Still said in a modern form every year on the last Sunday before Advent, the original version reads:

Stir up, we beseech thee, O Lord, the wills of thy faithful people; that they, plenteously bringing forth the fruit of good works, may of thee be plenteously rewarded; through Jesus Christ our Lord. Amen.

That’s all very well, but what exactly does Stir-Up Sunday involve in reality? It’s the day on which households would traditionally gather to make the Christmas pudding for the year, having been reminded by the prayer said in church that morning – with each member of the family taking it in turns to ‘stir up’ the mixture and make a private, secret wish. In some traditions, there is a distinctly religious element to this, as it is believed that the pudding mixture must be made with twelve or thirteen ingredients (to represent Jesus and his disciples) and stirred from East to West (right to left, or clockwise) to honour the Three Wise Men of the Nativity.

END_OF_DOCUMENT_TOKEN_TO_BE_REPLACED

There are some who said that the world would end today. Why some folk believed this is pretty definitely defined (see below), although nobody seems to be able to agree on just how these end-times were supposed to pan out. Suggestions range from a planetary collision or a run-in with a black hole to some sort of reversal of the earth’s polar axis – or even a zombie apocalypse (I’ll be in the pub if that ever happens…).

These eschatological theories had been circulating online for quite a while, and I was curious as to exactly what they were all about and where they had come from. Predictions giving a precise date for the end of the world are not uncommon even now (anyone remember Harold Camping‘s insistence that the apocalypse was due in 2011?) – and, in fact, there is a long list of such predictions going back almost a millennium.

So what is it that made the 2012 phenomenon different and so widespread? The existence of the internet has certainly helped disseminate these theories far and wide, but as with so many other things what has been said online is not always strictly accurate, and these end-times theories are no different in that respect.

What can be said for certain is that, ultimately, it all comes down to the intriguingly-named Mesoamerican long-count calendar (see here for an explanation of how this type of calendar works), which was widely used in Central America prior to the violent arrival of the Europeans in the 16th century.